Nashville, IN to Black Mountain, NC 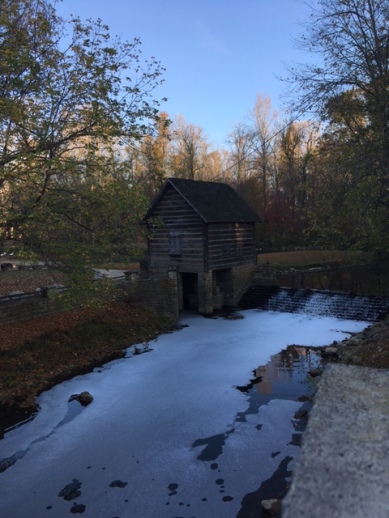 Down by the old mill stream

All in all, trip is going well! 461 miles in two days from Nashville, Indiana to Black Mountain, North Carolina, with a stop at about the half-way point in Kentucky at Levi Jackson State Park with a total mpg of 20.4. Trailer/Car combo has been working out great. We had no problem climbing the mountain roads required to get over the Kentucky/Tennessee Appalachians. We passed many a struggling semi and averaged about 60 miles per hour for the entire trip; top speed on down hills 73-75 miles per hour.

Happy with the fridge fan set up. The noise of the fan was driving us slightly crazy. (Actually, we already are slightly crazy, but that’s a separate topic.) Bob figured out that by suspending the fan (he used some bicycle inner tubes) the fan noise is reduced to barely noticible. He also constructed a lightweight panel to replace the back panel opening when we are stationary that allows more air to get in the compartment while keeping  rain out, thereby increasing the air flow to the fan, which obviously reduces the number of times the fan needs to come on. Nice. 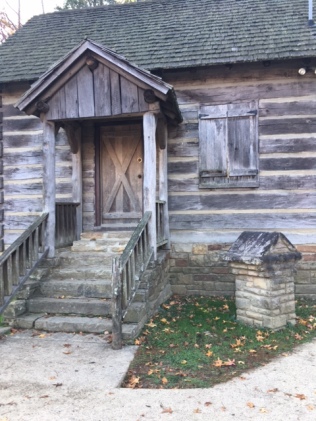 Some of the old mill stones

Imagine Bob’s surprise when we came upon an old cemetary labeled with his mother’s family name – the McNitts were a party of settlers who were surprised in their camp by a raid and killed. How random that we came across this! 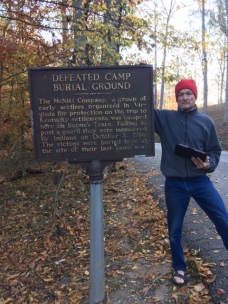