We spotted the stunning architectural spires of the building from across the river, when we visited the Tampa Art Museum. A park employee told us the building was the old Tampa Bay Hotel, built in 1891, now a National Historic Landmark and home to The University of Tampa and the Henry B. Plant Museum.

This was some hotel in it’s heyday. During the 1880s, Henry B. Plant king of a network of railroads, steamships and hotels. He built the hotel with a palace in mind, and envisioned a resort where the guests could stay in affluence, dine in elegance, as well as be entertained and entertain themselves. The Tampa Bay Hotel – now referred to as Florida’s “first Magic Kingdom” was built by Plant at a cost of $3 million dollars. He and his wife went on extravagant buying trips throughout Europe and the Orient to purchase furnishings and art for the hotel and gardens.

In addition to the museum, the building now is part of the University of Tampa and houses classrooms, two large event halls and numerous offices, including the office of the registrar. 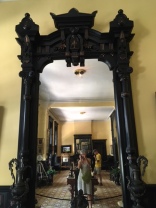 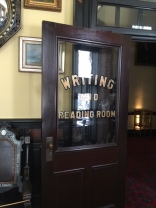 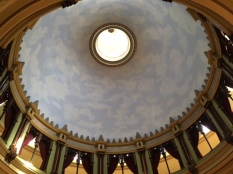 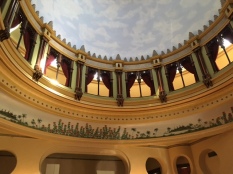